In a decision of June 2, 2016 Svea Court of Appeal found Mars’ popular product “m&m’s” infringing Kraft Foods Sverige Intellectual Property AB’s non-registered trademark “m” in relation to candy and chocolates. Mars’ sales of products bearing the trademarks “m” and “m&m’s” were therefore prohibited in Sweden under the penalty of a fine of SEK 2 000 000.

Mars Sverige AB and Mars Incorporated (“Mars”) and Marabou/Freia A/S, now Kraft Foods Sverige AB, (“Kraft”) entered into an agreement in 1989 regulating the sale of their products. Mars agreed to not market their product m&m’s in Sweden, Norway or Finland while Kraft undertook not to market their product m on any other markets than the aforementioned ones. The agreement ended in 1998 and has not been extended since. In January 2009 Mars started marketing their m&m’s in Sweden whereby Kraft sued Mars for trademark infringement. 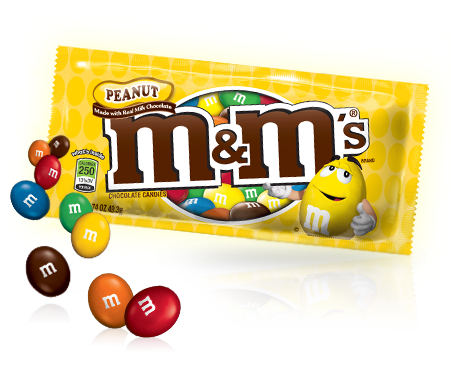 Kraft based its claim on two Swedish registered figurative marks, depicted below, as well as the existence of the non-registered mark m in Sweden which had been established on the market since 1996. According to the Swedish Trademark Act, the right to a non-registered trademark can be acquired if the trademark is established on the market, meaning that it is known in Sweden by a significant part of the relevant public as an indication for the goods or services which are being offered under it.

Svea Court of Appeal initially noted that the first figurative mark was irrelevant to the case as it included additional figurative elements in addition to the letter m. In relation to the latter figurative mark this had been registered in December 2009, nearly 12 months after the infringement allegedly begun. In assessing Kraft’s second claim, regarding the establishment of a non-registered mark, the court noted that m as a mark isn’t very distinctive in itself but that through use it could gain distinctiveness. The court found that Kraft had proved, through sales records and historical market surveys, that the mark had been used for a long period of time, had brand recognition, and that it therefore should be considered established on the market, i.e. Kraft had protection for the single letter m as a non-registered mark in Sweden.

In its assessment of the claim of infringement in the non-registered mark the court found that the relevant goods marketed were identical. However, the lack of distinctiveness of Kraft’s established trade mark m resulted in the court finding that only Mars’ use of the marks m and m&m’s were infringing on Kraft’s non-registered mark m while the M&M’s in capital letters constituted a mark that was different enough visually and phonetically to not infringe in Kraft’s rights. In its conclusion, the court took into consideration that candy is typically something that is bought spontaneously and where the decision-making is based on visual impressions rather than the sound of the mark. Thus the scope of protection rewarded to Kraft through its established mark m was very narrow, a simple difference such as the capitalization of the letter m was enough to avoid infringing on the non-registered mark. The fact that Mars’ brands were proven well-known in 2014 did not affect this assessment.

Consequently, the court prohibited Mars from marketing any of the marks m or m&m’s on the Swedish market under penalty of a fine at the amount of SEK 2,000,000. No prohibition was issued in relation to Mars’ use of M&M’s.

The case is interesting as it addresses the narrow scope of protection of a single letter. In this case, the court does not appear to have considered that Kraft had acquired a right in the single letter m as such but instead to a figurative mark consisting of the lower case m. Interesting is also that even though this single letter m was considered established on the market, the distinctiveness of the trademark was considered low. Consequently, the scope of protection was limited to Mars’ use of the lowercase letter m in different combinations.