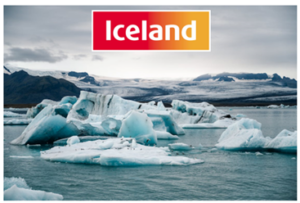 Not many cases make it to the Grand Board of Appeal of the EUIPO. The ICELAND cases did, including the first oral hearing ever before the Grand Board attracting lots of attention. There has been a policy discussion for quite some time regarding the registrability of country names as trademarks, and the ICELAND cases are a prominent and very recent iteration thereof.

The outcome has now been revealed. In unusually long decisions (56/62 pages!) of 15 December 2022 (R 1613/2019-G and R 1238/2019-G), the Grand Board confirmed that the two contested EUTMs ICELAND (one word, one figurative) registered in the name of the British supermarket chain Iceland Foods Ltd. for a multitude of goods and services were descriptive and non-distinctive and must therefore be cancelled.

While during the oral hearing the impression may have arisen that the case was about the characteristics, beauty and position of Iceland in the EU, these characteristics were less disputed. The discussion spun around the association of the goods and services in question with the country Iceland – in 2002 and 2013, respectively, when the marks were filed, or now, or further down the line.

Iceland holds close bonds to the EU, has an economic relevance, high standing as a nation brand as well as a foreign trade, significant export, skilled labour and positive image due its environmentally sustainable goods and clean and quality image – relevant factors already applied in the cases SUEDTIROL (T-11/15, 20 July 2016) and ANDORRA (T-806/19, 23 February 2022) and that led to a different assessment in the ALASKA case (T-226/08, 8 July 2009).

According to the Grand Board, consumers would be familiar with the country name and this would influence them in their purchasing decisions, not least because of the increasing importance of sustainability in consumers’ minds. The country name ICELAND was therefore likely to add value to the goods and services at issue – in terms of robustness or eco-friendly qualities – which meant it could not function as an indication of origin (para. 201 in the decision relating to the word mark).

Iceland was not proved to be reputed for all of the goods and services at issue. However, reputation is not a prerequisite for applying the CHIEMSEE criteria (C-108/97 & C-109/97, 4 May 1999). The Grand Board considered more relevant that Iceland produced various goods, including food, electrical machines and equipment, as well as technically advanced equipment, and that the positive image of Iceland could be transferred to these. This, combined with the close geographical and economic relationship to the EU, the eco-friendliness and positive connotations, was considered sufficient to conclude a link between the geographical name and the goods and services, making the name descriptive and non-distinctive.

Iceland Foods attempted to prove by means of survey evidence that ICELAND would not be associated with any goods or services. This failed already on the ground that it was geographically too limited. In particular it did not include the Danish market situation although Iceland is most closely related with Denmark.

The Grand Board explained that there was “currently” no normative prohibition in the EU on registration of country names as trademarks but it did raise the general question whether, irrespective of the goods or services at issue, it was in the public interest to allow monopolisation of the names of EU and EEA Member States that were highly familiar geographical locations to the relevant European public (para. 97 of the word mark decision).

This is a good policy point. One may, however, wonder whether a difference can be made, as a matter of principle, between EU and EEA country names on the one hand and those of other regions on the other. But the Board likely meant that for EU and EEA country names it was a given and required no further evidence that they were “highly familiar geographical locations” in Europe.

Given the commercial importance of ICELAND to the supermarket chain, an action to the General Court may be filed – although of course the main footprint of ICELAND supermarkets is in the UK, which is – alas – outside the EU.