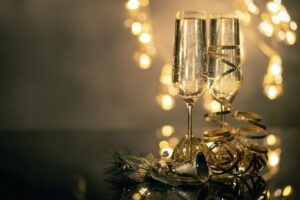 This is the Kluwer Blog Team wishing all our readers a Happy New Year – and providing the by now traditional yearly review of Luxembourg cases.

2022 was again a busy year for the courts in Luxembourg. The EUIPO Case Law search tool lists 283 decisions in trademark and 13 in designs handed down by the General Court and the Court of Justice during the calendar year. A search using the EU courts’ platform (curia.europa.eu) and looking for cases closed in 2022 involving Intellectual Property matters yields no less than 364 cases – which means almost one decision a day. No wonder it is hard for practitioners (and this blog!) to keep up with all developments.

At the Court of Justice alone, per its search tool, 64 IP cases were closed during 2022. These are not all trademark or design cases as the category includes copyright, and they are not all the cases as some e.g. relating to exhaustion are included in other categories such as free movement of goods. Moreover, the important two cases where appeals brought by the EUIPO against GC rulings were allowed to proceed (BASMATI and APE TEES as reported earlier) are not included because the cases are not technically “closed”.

Looking at the pipeline, currently there are 11 cases involving appeals against GC rulings pending before the CJ including the two EUIPO appeals that have been admitted. In addition to that, there are 23 preliminary references pending at the CJ that involve IP questions, 10 of which concern trademarks (7 concern copyright, 2 designs 2 [Monz, C-472/21 bicycle saddle, Papierfabrik Doetinchem C-684/21 on functionality], and 4 other issues (plant varieties, databanks, information society, supplementary protection certificate).

As to preliminary references, there were three rulings in 2022 concerning trademarks and one on designs (C-421/20, Acacia v BMW). The HEITEC case (C-466/20) dealt with acquiescence, in Gemeinde Bodman-Ludwigshafen (C‑256/21), the CJ stated that an invalidity counterclaim could be continued even though the main infringement action was withdrawn, and Classic Coach Company (C-112/21) concerned the complex relationship between trademarks and earlier unregistered local and trade name rights. An additional preliminary reference (C‑62/21, Leinfelder) unfortunately did not lead to a ruling as the (national) case was withdrawn, so we do not yet know the CJ’s opinion on the validity of contractual undertakings not to apply for the non-use revocation of another’s trademark.

45 cases before the CJ and involving the EUIPO were closed in 2022, most being orders of the CJ refusing to allow appeals to proceed, plus a few procedural orders and a judgment concerning representation before the EU courts.

The unlucky appellants whose appeals were considered inadmissible included the Government of Andorra unsuccessfully trying to get the word “Andorra” registered as an EUTM (C-300/22 P), the Foundation for the Protection of the Traditional Cheese of Cyprus named Halloumi (C-121/22 P), the Republic of Cyprus (C-120/22 P), Inditex (C-65/22 P), and Sony (C-678, 679/21 P).

In the judgment of 24 March 2022 in the cases C-529/18 P and C-531/18 P (handed down almost four full years after the appeals were filed – in August 2018, i.e. before it became necessary to request an appeal to be allowed) the CJ confirmed that an employed lawyer generally could not represent his employer for lack of independence of representation.

Two appeals to the CJ concerned cases where want-to-be interveners before the GC had filed their responses late and were therefore denied intervention (C‑103/22 P(I) (Chinese characters) and C‑245/22 P(I) (3D mark – shape of an inhalator). The CJ confirmed that human or organizational errors in the handling of mail were not force majeure, and that the strict application of procedural time limits was in the interest of legal certainty. In any event, in the Chinese characters case, the GC has meanwhile dismissed Castel Frères’ application and confirmed the revocation of the mark consisting of three Chinese characters (T‑323/21) so that the want-to-be-intervener did not suffer any detriment from the procedural hiccup. In the other case, which concerns the registrability of Glaxo’s inhalator shape, the GC is yet rule on the substance (watch out for T-477/21).

Here is to another exciting, interesting, successful, but most of all hopefully peaceful and healthy