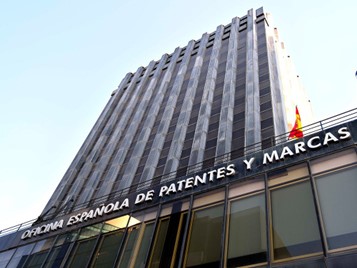 As of January 14, 2023, actions for revocation and invalidity of Spanish trademarks can be filed through administrative proceedings before the Spanish Patent and Trademark Office (“SPTO”). This is expected to make cancelling a trademark, quicker, cheaper, and more flexible than through Court proceedings. This is likely to be most relevant for non-use cancellation actions but applies to all grounds for absence or loss of registrability (including based on bad faith, prior rights, lack of distinctiveness).

The path to the courts, however, remains open. Cancellation applicants therefore now have a choice which they want to use wisely. In many cases, the new administrative proceedings will be advisable, even beyond the (very important) advantages of greater speed and lower cost (which are, by themselves, strong enough arguments). An important reason to avoid filing a complaint before the civil courts is the hassle of having to give notice abroad. This is especially complicated before the civil courts when the defendant is from outside the EU. As non-EU applicants need an IP agent to act before the SPTO, cancellation actions filed with the SPTO can be notified directly to the representative of record in Spain, saving time and money on translations and letters rogatory.

Bringing cases before the SPTO will be easier also for other reasons. The proceedings will be less formalistic, for instance, it will not be necessary to submit a notarized power of attorney to represent the parties; the administrative proceedings allow the submission of additional evidence after the submission of the cancellation request; and the contradictory part of the proceedings is more flexible.

The new procedure also means that the SPTO will, for the first time, be dealing with bad faith. While opposition proceedings before the SPTO can be based on relative and absolute grounds, bad faith was (and still is) an exception and could always only be invoked in judicial cancellation actions brought before the Commercial Courts. With the new administrative cancellation proceedings, the SPTO now has the challenge of determining, for the first time, if a trademark was filed in bad faith. This has not been free of criticism, as numerous IP practitioners fear a decline in evidentiary capacity and exhaustiveness, compared to that of the civil courts. In preparation for this, the SPTO has released an informative manual (https://www.oepm.es/export/sites/oepm/comun/documentos_relacionados/Publicaciones/Folletos/Manual_Nulidad_y_Caducidad_Administrativa.pdf) setting the main parameters on definitions, procedure, and coordination of the SPTO and the civil courts.

Civil courts will remain competent to solve revocation and invalidity actions brought by the defendant as a counterclaim in trademark infringement proceedings. Appeals against SPTO decisions in all trademark matters (registration, opposition, or cancellation) will now lie within the competence of the civil sections of Audiencias Provinciales, which are actually second-instance courts. This is a significant change in the appeal procedure relating to administrative decisions taken by the SPTO that has also given rise to some concern on the part of practitioners and the judiciary. However, in the past, the existence of two different jurisdictions (contentious-administrative courts dealing with appeals against SPTO decisions on the one hand, and civil courts dealing with infringement and cancellation actions based on relative and absolute grounds on the other) has sometimes led to contradictory decisions on similar issues. The bundling of the competence regarding appeals against SPTO decisions and infringement actions under a single roof, namely, that of the civil second-instance courts, should lead to greater harmonization and predictability of case law, at least in the long run.

We are optimistic about all these changes that will contribute to the long-awaited modernization of the Spanish trademark system in compliance with the EU Directive and in line with the systems that have been in place for a long time in all the larger trademark jurisdictions in the EU, not least the EUIPO.